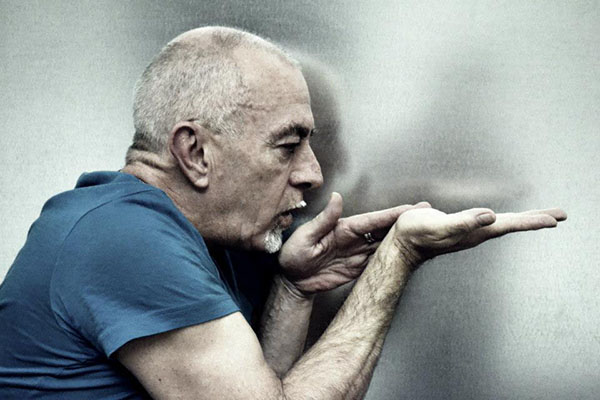 Geoffrey Unkovich is a senior lecturer and programme co-convener in dance movement psychotherapy (DMP). He has a small private practice where he sees individual clients and supervisees.

His integrative ethos is informed by theories related to the moving body, social relationships, family systems, individual worldviews, gender and sexual identity or orientation. His research interest is in the humanistic, existential, person-centred, systemic, feminist and queer theory perspectives. His intent is to provide students and clients a space to appreciate their individual identity, while honouring the co-creation of meaning in all that people share in this world.

Geoffrey began his career as a dancer, choreographer and dance teacher in the theatre, television and commercial sector throughout Australasia, Europe and the UK. His DMP clinical experience spans 11 years working with adults with learning disabilities and complex needs, elders with dementia in a residential setting, children with special needs, mental health support work for a LGBT+ adult mental health charity and in an adult community mental health service. He has provided short term therapy for adults in dance performance education.

He has been a council member for the Association for Dance Movement Psychotherapy UK, a member of the ADMP UK Professional Development Committee and of the Education and Training Committee. He is a co-founder of DMPLDNetwork, a special interest group for DMPs who specialise in the field of learning disabilities, and a co-founder of aRTSjAM an Arts Therapies improvisation collaborative.

He is co-editor of the book Dance Movement Psychotherapy with People with Learning Disabilities: Out of the shadows, into the light, and have published articles in Body, Movement and Dance in Psychotherapy journal and e-motion the ADMP UK quarterly newsletter. 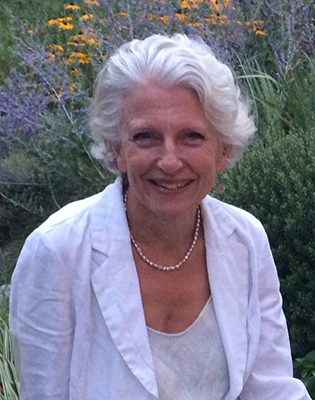 Having trained at Roehampton herself in back in the mid 90s, Lisa has been lecturing on the BAPT-accredited Play Therapy MA since 2008 and for the last eight years has been the Programme Convener.

She is also responsible for the two 40 credit modules that relate to the clinical placements and liaises with placement managers and clinical supervisors to ensure ongoing containing support for Play Therapy trainees.

Lisa also runs the annual 20-week Play Therapy Foundation Course, which is offered at both Roehampton and at a venue in Northampton, and for the past four years has co-facilitated a two day CPD course on Child Parent Relationship Therapy (CPRT).

Aside from her part time post at Roehampton, Lisa is a freelance Play Therapist down in Wiltshire, a BAPT-approved clinical supervisor and editor of the annual peer-reviewed British Journal of Play Therapy. Earlier this year she co-edited Becoming and Being a Play Therapist: Play Therapy in Practice, published by Routledge.

Find out more about a recent project Lisa has been working on with The Orphan Trust. 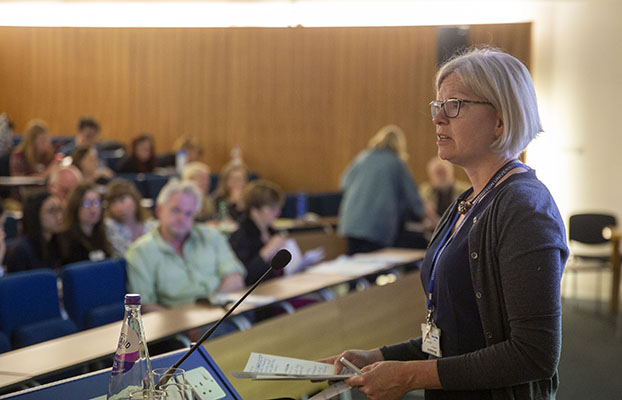 Tessa has worked at University of Roehampton since 1999 and is a Senior Fellow of the Higher Education Academy.She is the Convenor for the MA Music Therapy and Head of the five Arts and Play Therapies programmes. She trained at Roehampton, qualifying in 1990.

Tessa works with BAMT, the Music Therapy professional association as a Trustee. She is an HCPC partner working on the CPD and FTP schemes.

Tessa’s research interests include music therapy with adults with profound and multiple learning disabilities, multi-disciplinary work, and the development of theories of learning and teaching in the training of Music Therapists.

Dr Jonathan Isserow is an art psychotherapist, researcher and documentary filmmaker in the Department of Psychology, where he convenes the MA Art Psychotherapy Programme. From 2010 to 2018 he was Head of the Arts and Play Therapy Programmes. More recently he has taken on the role as Head of Partnerships within the Departement. Jonathan has contributed to a range of art psychotherapy trainings in the UK, Europe, Russia and South Africa. 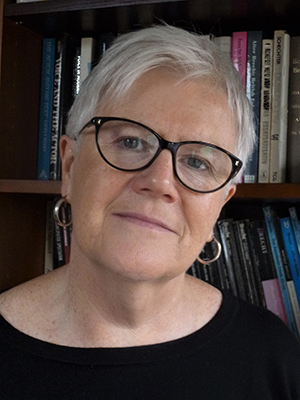 Anna Seymour, PhD, PFHEA HCPC registered Dramatherapist is Professor of Dramatherapy at the University of Roehampton, London. She is Visiting Professor of Dramatherapy at the University of Osijek, Croatia, honorary member of the Societa Professionale di Dramaterapia (Italy). Anna is an international trainer and consultant to several Dramatherapy programmes across the world. As a Dramatherapist and Clinical supervisor she has worked in the NHS, Voluntary and private sectors with a range of clients and issues. She has a particular interest and personal experience of working with adoption and attachments issues.

Anna has a background in professional theatre for communities and was involved in more than thirty shows as an actor or director in particular creating documentary theatre though the stories of people in struggle, Her work has encompassed projects with people of all ages and abilities. She has worked in a wide range of settings with musicians and documentary theatre makers and has facilitated workshops and training for fellow professionals on working in community settings.

As an academic she has taught theatre praxis at several leading UK universities including the Universities of Manchester and Birmingham. Former Editor of the British Association of Dramatherapists Journal, Dramatherapy, she researches the relationship between politics, theatrical aesthetics and the therapeutic process. She is Senior Series Editor, Dramatherapy: approaches, relationships, critical ideas published by Routledge/Taylor and Francis and is director of CIRAPT, Centre for International Research in the Arts and Play Therapies at the University of Roehampton.

Saphia works at The Children’s Trust, the Richmond Music Trust and has recently taken part in a research project evaluating music therapy in Palestine with the charity Music as Therapy.

How did Roehampton’s programme help you with your goals?

The Roehampton programme helped me to achieve my goal of becoming a music therapist; it equipped me with the essential skills and knowledge to get a job and to practise effectively as a music therapist. Since qualifying I have constantly been in employment. The programme also increased my confidence as a musician and enabled me to use music more creatively and playfully. Lastly, the programme contributed to my personal development; over time I felt more emotionally resilient and self-aware than I had ever been before.

What advice would you give to students who would like to take this course?

Do some research on music therapy, take part in introductory courses and attend open days to learn more about the profession and the process of training. I would also advice having some personal therapy beforehand to begin to have an insight into the process of therapy.

Do you have any tips for students in regards to their application or audition?

Gain some experience with client groups before applying. This won’t only help your application, but it will help you make a more informed decision as to whether this path is for you. I would also suggest starting to reflect on why you want to be a therapist and to be honest and open during your audition/interview about this. 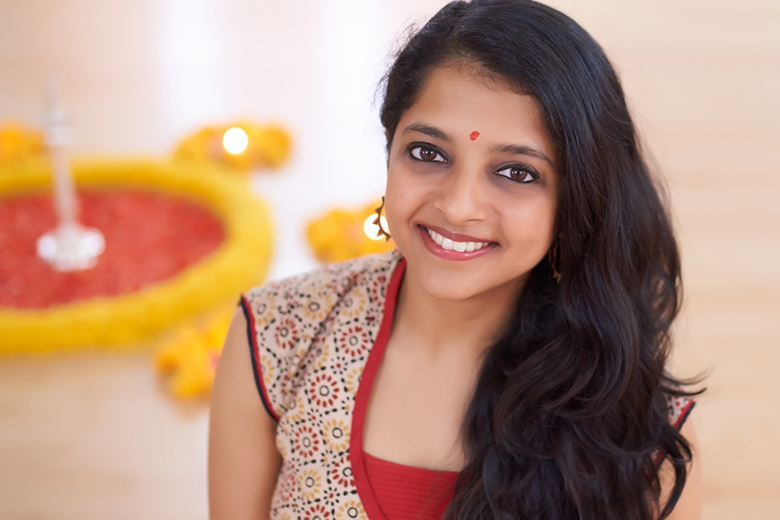 Sanjini is interning as a dance movement psychotherapy trainee with a dance company called PLMD at a community centre and at a dementia care home.

How is the training environment helping you to become the therapist you want to be?

I am constantly encouraged to look outside/ move outside my comfort zone. The support from the lecturers and the placement manager motivates me every single day to strive for improvement. I explore different movements in my body and how that makes me feel in relation to the course, placement and specific clients. The training environment is extremely positive and I am so grateful for that.

There is a freedom to choose or work amongst various psychological approaches – psychoanalytical, humanistic, gestalt, etc. This gives me a sense of agency and keeps me on track with my interests. The course has been structured very efficiently and there is a lot to learn for all the lecturers including the in house and visiting lectures. The constant encouragement to continue my dance training is much needed, as the course is very informative and full.

What advice would you give to students who would like to take this course?

Take it! Embody it! Don’t wait for the right moment because that moment is now. Be prepared to experience a heart-warming journey of your life.

Interested in finding out more about Arts and Play Therapies?

If you are interested in taking a shorter course in the arts and play therapies, we also offer weekend introductory courses, 5 day Summer Schools, and 20 week part time evening Foundation Courses which provide a useful background in related professions. If you are interested in applying for the Foundation course in Art Psychotherapy, Dance Movement Psychotherapy, Dramatherapy, Music Therapy, or Play Therapy, you can apply here. The University of Roehampton also offers a Play Therapy Foundation course located in Northampton and you can apply here. University of Roehampton alumni are entitled to 20% off the short course fee. For more information, see our Psychology Short Courses.