Centre for Research in Ecology, Evolution and Behaviour current projects

Nest building by social insects is one of the most classical examples of self-organisation phenomena in living systems, and has contributed to the evolutionary success of ants and termites. Surprisingly, still very little is known about the mechanisms underlying the construction of these structures and about their morphological and functional properties. Our laboratory aims at addressing these questions by using a variety of techniques, from micro-computed tomography imaging, 3D image analysis, mathematical and computational modelling and mechanical experiments on nest fragments.

We are focusing in particular on the characterisation of arboreal nests of nasute termites (see figure) which exhibit a range of interesting morphological features and are also phylogenetically important for understanding the evolution of nest building behaviour.

From the left: Intact Nasutitermes walkeri (image Neil Ross) nest on a tree, close up on arboreal nest; CT-scan slice image of a nest; representation of a gyroid.

Ecological interactions, such as herbivory and predation play an important role in determining the relative abundance of species within an ecosystem and ultimately the productivity and stability of the ecosystem itself. Typically, these interactions are described in terms of functional responses. Functional responses provide a synthetic description of the flux of energy across trophic levels and for this reason they constitute an essential building block of realistic food web models. However, functional responses integrate implicitly a number of components, such as prey aggregation and predator chasing behaviour, that typically scale nonlinearly with environmental parameters. One recent line of research in our laboratory is directed at modelling the emergence of ecological-level patterns directly from microscopic-level interactions among organisms. We study this by combining experiments in artificial microcosms with computer-based data analysis and modelling.

The research is investigating attitudes to animal sentience and welfare, and identify modifying factors that affect public opinion associated with these subjects. It includes conducting public surveys on attitudes to animals.The project is co-supervised by Dr Alan McElligott (University of Roehampton) and Dr Magda Osman (Queen Mary University of London), and is co-funded by the ESRC. The project is supported by World Animal Protection.

Worldwide demand for meat and animal products is set to increase by 40% over the next decade; China’s total meat production has quadrupled over the last 20 years due to rising demand from a rapidly growing population. However, environmental/public health issues are becoming more prominent in China (similar to other emerging economies), and sustainable intensification of livestock agriculture is a key concern of Chinese policy-makers stakeholders.

The systematic diagram of the main project components is shown as below. 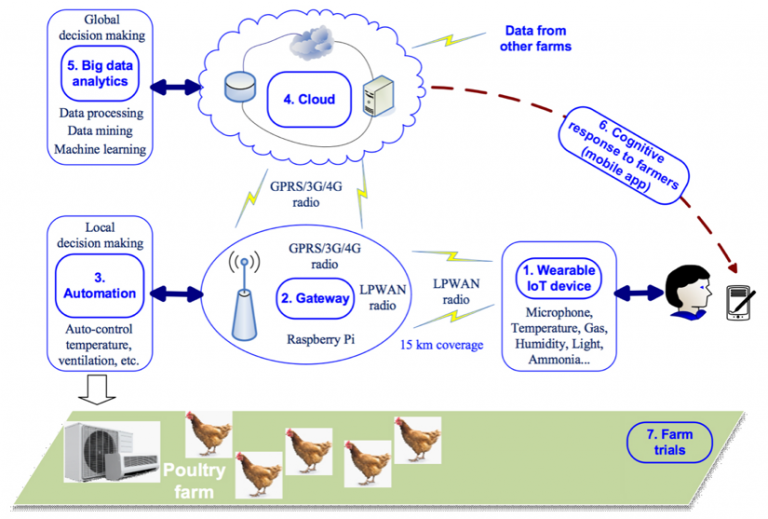 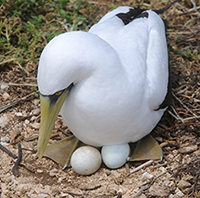 Seabirds are promoted as bio-indicators of marine ecosystem health. However, understanding of the fundamental links between seabird breeding biology and the state of the marine environment is limited. In the tropics, there are marked differences in breeding strategy between closely located colonies of the same and similar species; a phenomenon that is unexplained. This project seeks to determine how environmental and ecological conditions underpin variations in breeding strategy and behaviour at both the individual and population level, which will enhance the use of seabirds as bio-indicators of the marine environment.

Hyporheic zones are key compartments for the functioning of aquatic ecosystems. As dynamic and complex transition regions between rivers and aquifers, they are characterized by the simultaneous occurrence of multiple physical, biological and chemical processes. Turnover and degradation of nutrients and pollutants are among the prominent ecological services the hyporheic zone provides. We are facing a significant knowledge gap in the understanding of how hyporheic processes are linked and how they impact on each other. This can be attributed to a lack of truly supra-disciplinary research and harmonized and innovative investigation methods.

The HypoTRAIN project has been tailored to fill this gap. Collaborative research with state-of-the-art technologies from multiple disciplines (hydrology, ecology, microbiology, engineering, environmental physics, contaminant science, modelling) will generate new mechanistic insights into the functioning of hyporheic zones. A group of 16 PhD students will be educated using the multi-faceted nature of hyporheic zones as the central theme of the training programme. The supra-disciplinary expertise within the network and the high-level training programme will generate scientific knowledge that will enable the development of a more holistic design for river management plans and restoration measures. At Roehampton University, Ignacio Peralta-Maraver is focussing on linkages between hyporheic productivity, flow paths and hotspots/ moments.

Freshwater ecosystem services are the benefits provided to people by freshwatersystems and biodiversity, helping to supply clean water and mitigate flooding. Our workshop will explore differences in these services in Brazil and the UK. The workshop will enable stakeholders to pinpoint where existing research can be used across zones allowing resources to be more effectively deployed. Better understanding of ecosystem services
is a vital first step in effective management of freshwater systems to maximise their service delivery. This is essential because dirty/ insufficient water can lead to acute and chronic human disease and flooding can retard economic development.

We are running different laboratory experiments that aim to demonstrate how the diversity of aquatic organisms is important for "ecosystem processes" (e.g. consumption of food resources ). Theory predicts that a very diverse assemblage drives ecosystem processes more efficiently than a species poor one. In the experiments, different combinations of (mainly microscopic) aquatic organisms are used to explore this. Funded by a Royal Society Starting Grant.

Conservation of sea turtles in the Caribbean. EU funded project.

This project, which aims to protect sea turtles at risk of extinction, works with Anguilla National Trust and Anguilla's Department of Fisheries and Marine Resource. They are monitoring nesting populations, identifying the impact of illegal hunting, and working with local organisations and policymakers to protect the species. The work of the project has been featured in a number of media outlets, including the BBC.

The cost of sexy traits - assessing the use of heart rate and accelerometry to quantify energetic and behavioural changes of flying pigeons after tail and wing manipulations. Royal society-funded study (RG110337)

Measuring the energy expenditure of birds on the wing is typically limited to models and proxies providing low temporal resolution. We are presently piloting the use of miniature acceleration and heart rate data loggers to measure changes in flight kinematics and energetic costs of homing pigeons during flight. We are also manipulating the wings and tails of the birds to assess their use as a proxy for ornamental birds, which we hypothesise incur increased costs of volant travel.

What defines a successful seabird?

Populations of seabirds typically exhibit reproductive skew in that the majority of successfully reared chicks are parented by a small number of individuals. And these individuals tend to be successful year on year. What, then, makes the difference between consistently successful and unsuccessful seabird parents? To find out we are measuring morphological, physiological and behavioural traits of kittiwakes breeding on Puffin Island in Wales, to correlate with their reproductive success. This project forms part of a multi-institutional collaboration into the seabirds that populate the island. 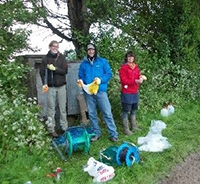 The winter of 2013-4 was very wet and has resulted in extremely high groundwater levels and extensive groundwater flooding, particularly in chalk aquifers.  The rapid water movement through the aquifers will likely change nutrient concentrations and we think this will have major effects on the groundwater ecosystem, including microbial biofilms, microfauna and macrofauna (dominated by crustaceans such as copepods and Niphargus).  These organisms have been present in this habitat for many millions of years and mediate processes such as nitrogen recycling and thus they impact the quality of a vital source for drinking water.  In this project we will track the recovery of the groundwater ecosystem through space and time by collecting samples to measure the food supply, counting and identifying the inhabitants and assessing changes in ecosystem function by measuring respiration rates and microbial activity.  This is a uniquely important case study because it will provide a baseline against which future extreme events (e.g. flooding and drought) in groundwaters can be measured and will enable us to compare the responses of groundwater ecosystems to stressors with those of other aquatic ecosystems.

Hawks and falcons are pursuit predators that actively chase their prey at high speed and high g-forces. However, in the wild, many of the attacks of these predators end in failure because the evasion capabilities of their prey almost equal the raptor’s predatory capabilities. This arms race has resulted in birds of prey being able to exhibit extreme aerial manoeuvrability, yet, to date, their flight capability has barely been quantified. At the Hawk Conservancy Trust In Andover, we work with trained Harris' hawks to measure their flight behaviours and manoeuvrability as they forage for static and moving food items, including the impact of additional weight for example due to the attachment of a biologging device. ecosystems.

The role of social species in Guinea worm transmission

This research is a collaboration with the Carter Center’s Guinea Worm Eradication Programme and the University of Exeter to establish whether baboons and dogs play role in the transmission of Guinea worm in south-west Ethiopia. The aim of this project is to identify any transmission pathways and allow the development of control measures.