Justice Albie Sachs was conferred with an Honorary Doctorate from the University of Roehampton by Vice Chancellor Professor Jean-Noël Ezingeard on 31 March.

Albie Sachs is a pioneer of the South African freedom struggle. Targeted and tortured by the apartheid state’s security services for his resistance to racism and inequality, he emerged from decades of resistance to become a key architect of a new system of government in South Africa and was appointed judge in the first Constitutional Court by Nelson Mandela.

Justice Sachs attended the conferral of the award which was held at the prestigious Roehampton Club with his wife Vanessa September, and was introduced by Her Excellency Nomatemba Tambo, the South African High Commissioner to the United Kingdom.

HE Ms Tambo, one of the University’s senior female alumna in public life and herself a prominent voice in South Africa’s renewal, said: “[People] are drawn to Albie’s innate goodness and sense of social justice, and that’s a reason why it’s so important to me that he finds himself here at the University that has a heart for social justice.” 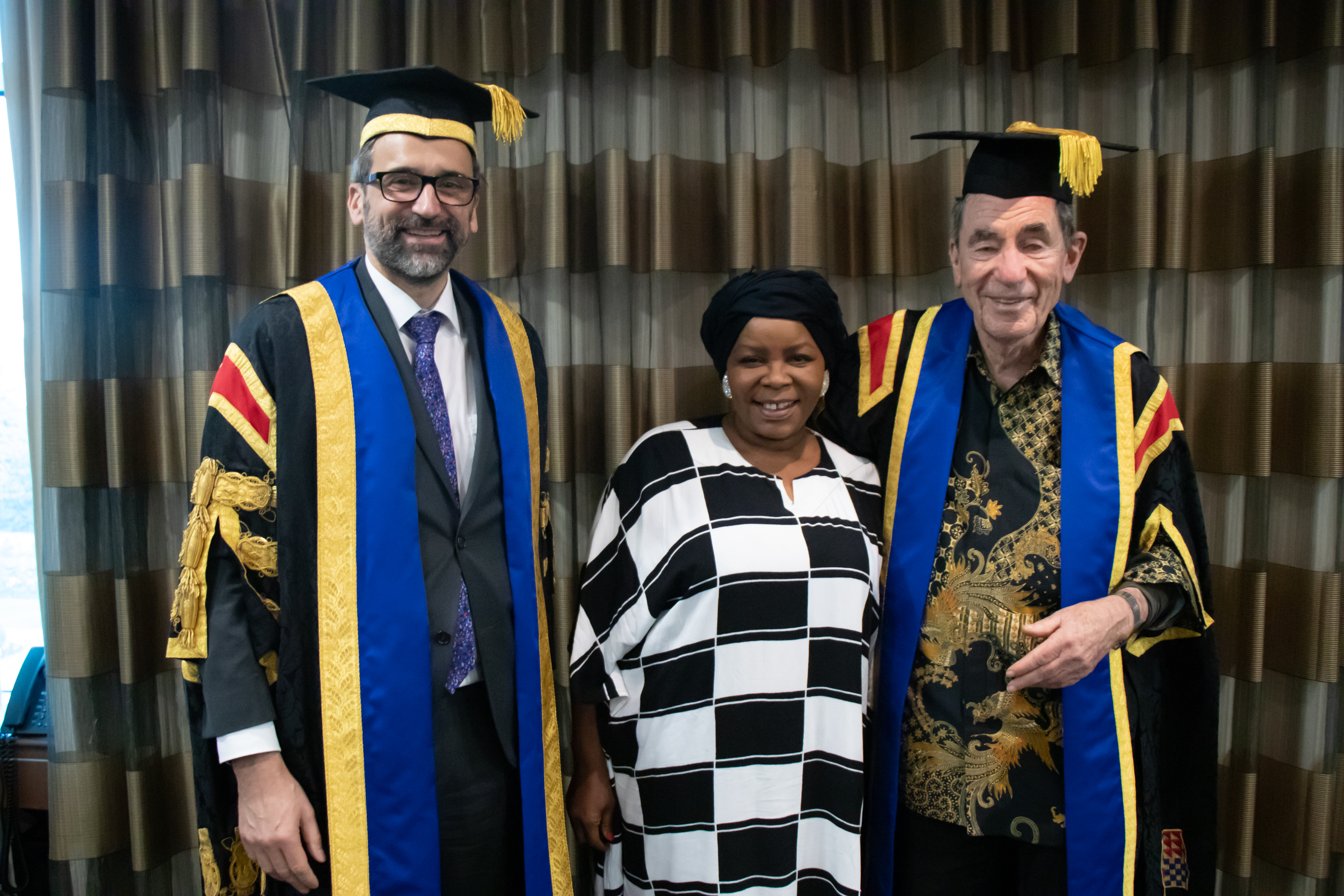 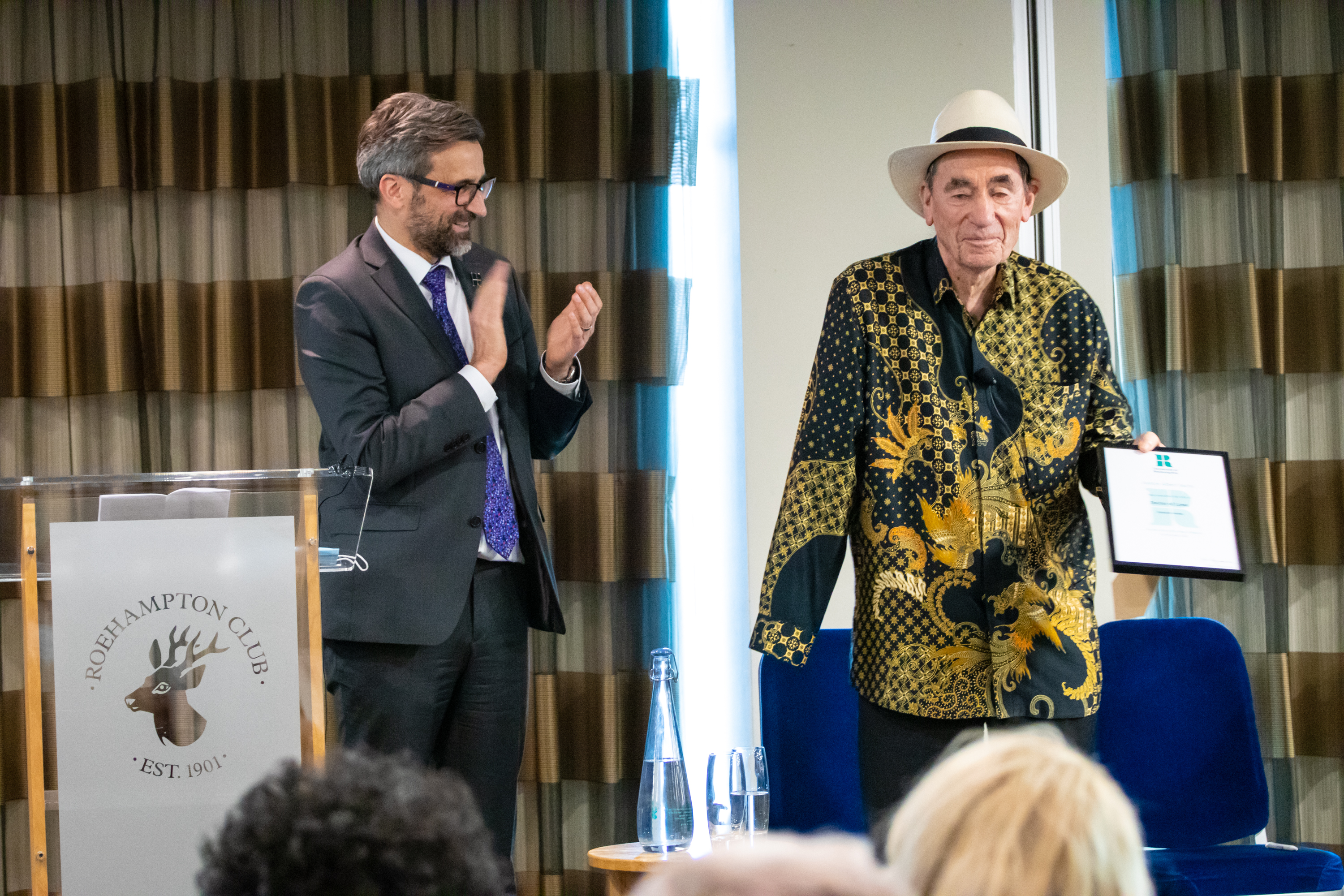 Following the conferral Justice Sachs gave an inspirational public lecture reflecting on the methods used to dismantle apartheid and realise equal rights for all. Drawing on his own experience as a teenage idealist, contributor to the military wing of the African National Congress, torture survivor, educator, organiser and lawyer, he described how he built a fresh case for hope in political and public service grounded in song, struggle and principle.

Speaking of historical cruelties, Justice Sachs advised: “Instead of trying to eliminate what you see as the evil of the past, you transfer the negativity into positivity. I mention this because of its worldwide relevance.

“[...] I’ve been carrying this message around, which fits in with the message of restorative justice. Through juxtaposing - you bring the past into the present but you deal with it rather than trying to eliminate it.”

Closing the event, Justice Sachs observed that Roehampton as a place had enduring significance for him due to the time he spent at neighbouring Queen Mary’s Hospital for the fitting of a prosthetic arm – the result of an assassination attempt.

Following the lecture and standing ovation, Professor Francis Davis, Head of Digby Stuart College, moderated a Q&A session which saw insightful questions posed by guests who had travelled from across the UK, exploring both South Africa’s past as well as its present and future.