The history of Whitelands College 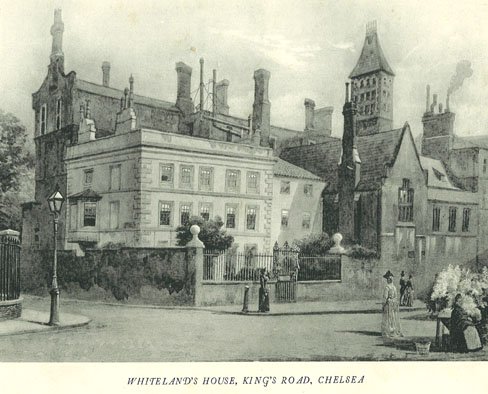 Whitelands College is one of the oldest higher education institutions in England, predating every university except Oxford, Cambridge, London and Durham. The Church of England’s National Society founded the College in 1841 as a teacher training college for women. It took its name from Whitelands House, a Georgian building in the King's Road, Chelsea, previously used as a school.

The stated aim of the new establishment was 'to produce a superior class of parochial schoolmistresses'. During the early years the conditions at Whitelands were cramped and unsanitary and students were forced to work long hours with little or no leisure time.

In 1874, the Revd John Pincher Faunthorpe was appointed Principal of Whitelands College and enlisted the interest of John Ruskin, the great Victorian art critic and political economist, who gave numerous gifts of books and pictures to the College. He also introduced William Morris, leader of the Arts and Crafts Movement, and Sir Edward Burne-Jones, the eminent Pre-Raphaelite artist, to the College. Together they designed artefacts for the newly erected College Chapel, the most notable being the Burne Jones stained glass windows and the William Morris reredos. These remain treasured possessions of the College. 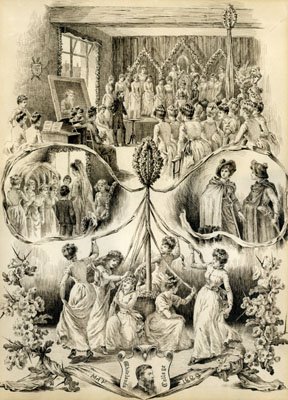 In 1881 Ruskin inaugurated the annual May Day ceremonies. It was Ruskin's wish that each year the women students should elect 'the likeablest and the loveablest' of their number to be their May Queen. This enchanting tradition has survived and each year the current students vote in their May Monarch. 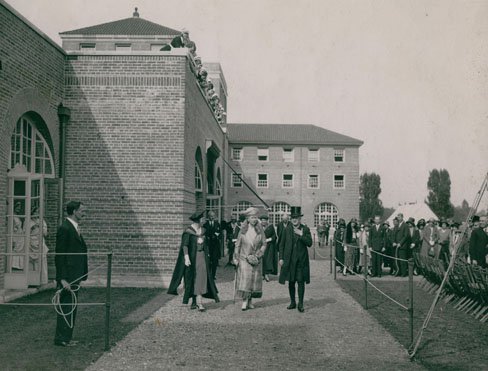 Across the early years of the twentieth century, Whitelands College continued to flourish and came to be regarded as one of the foremost women’s teacher training colleges in the country. Not surprising, therefore, that it was decided after the end of the First World War that Whitelands needed a new home, removed from the grime and noise of the King’s Road and more conducive to study. Winifred Mercier, the then Principal, set about the task of identifying a new site and eventually chose land on West Hill in Putney. Determined that nothing but the best would do for future teachers, she persuaded the College Council to employ Sir Giles Gilbert Scott, architect of Liverpool Anglican Cathedral and other prestigious public buildings, to design the new college. Thus it was that in 1930 Whitelands vacated the King’s Road site with its many inconveniences and moved to Putney. The truly impressive ‘Giles Gilbert Scott Building’ was officially opened by Queen Mary in June 1931.

The outbreak of World War Two and the consequent threat of air raids over London led to the College Being evacuated first to Cambridge and Halifax, and then from 1941 to 1945 to Bede College, Durham. 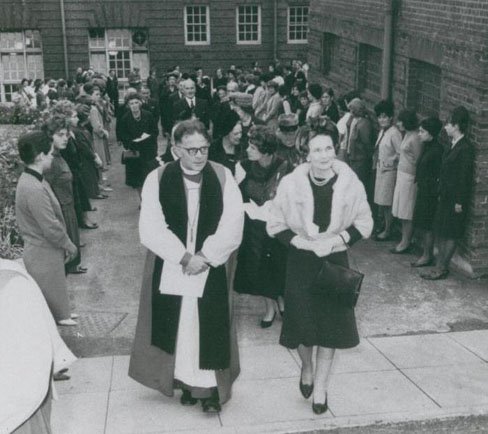 The decades following the end of the Second World War saw great change in Britain and perhaps nowhere more so than in the field of education. The 1944 Education Act brought secondary education for all and by the early 1960s there was an increasing demand for wider access to tertiary education. Throughout this time, Whitelands played its part in helping to expand the numbers of teachers in training. Student numbers at the College rose from less than 300 in 1958 to more than 850 in 1970. New buildings were erected to provide the necessary additional teaching and residential accommodation. From 1962 graduate students were able to join the College to study for the Post-Graduate Certificate in Education (PGCE) and from 1965 there was opportunity for three year trained students to stay on for an additional year to gain the newly validated Bachelor of Education (Bed) degree. The College also ceased to be an all-female establishment, occasionally admitting men from the mid-fifties and becoming fully co-educational in 1966.

If expansion was the watchword in teacher education in the 1950s and 1960s, the 1970s brought a significant turnabout, with the Conservative Secretary of State, Margaret Thatcher, announcing in 1972 swingeing cuts in the numbers of students training to be teachers. With its viability as a free-standing institution thus threatened, Whitelands sought to identify strategic allies in order to secure its future. Consequently, in 1975, the College entered into an academic federation with three other south-west London teacher training colleges – Digby Stuart, Froebel and Southlands – to form the Roehampton Institute of Higher Education. 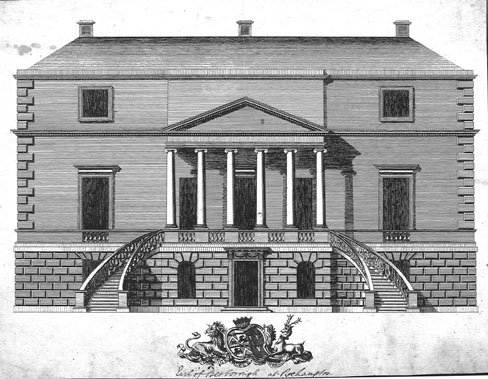 On 1 August 2004 the University of Surrey Roehampton was awarded independent University title by the Privy Council and became Roehampton University. In late 2011 the name was changed to University of Roehampton. Whitelands College moved to new premises in January 2005 and is now within walking distance of the other three Colleges. The 14-acre site is situated in Roehampton overlooking Richmond Park. Within the College sits the grade I listed Georgian villa, Parkstead House, which was built in the early 1760s for the 2nd Earl of Bessborough by Sir William Chambers (who was also the architect for Somerset House and the Pagoda at Kew Gardens).

Set in fourteen acres of Historic Parkland, overlooking Richmond Park, Whitelands College is home to the Departments of Life Sciences and Psychology, but the students allocated to Whitelands College can be studying any academic subject offered by the university.

Take a virtual tour of the historic house

Whitelands College has rich and varied archival holdings, including: administrative records dating from its foundation; a collection of May Monarch robes and crosses; student records and memorabilia; and the many rare books, paintings and artefacts given by the College’s benefactor John Ruskin. The collections can be consulted by appointment, and are in the process of being catalogued. The online catalogue can be found here.

If you require further information please contact the College Archivist at: wcarchives@roehampton.ac.uk or telephone +44 (0)20 8392 8117 (Tuesdays only).