May Day at Whitelands College 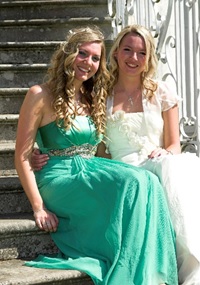 In 1877 Whitelands’ recently appointed principal, John Faunthorpe, was able to engage the interest and patronage of John Ruskin, who proceeded to gift books, pictures and artefacts to the College. Then in 1881, disliking the idea of a formal prize giving, Ruskin instead suggested an annual May Day ceremony. 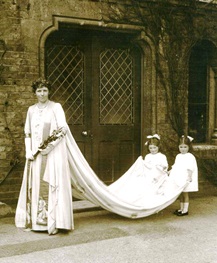 In response to a request that his next book gift be awarded as a prize, Ruskin wrote: ‘…. Suppose you made it a custom that the scholars should annually choose by ballot, with vowed secrecy, their Queen of May? And that the elected queen had, with other more important rights, that of giving

the “Proserpina” to the girl she thought likeliest to use it with advantage?’ The students should moreover elect 'the likeablest and the loveablest' of their number.

Faunthorpe took up the suggestion, evolving the idea into a college holiday and festival. It became a huge success, the model later replicated far and wide by former Whitelands students. Ruskin’s first idea of donating one book to the girl elected queen grew into the presentation of a complete set of his works to be given away as presents. He also decided to give a gold cross, in order for each queen to have a permanent memento of her office. Designs, often featuring hawthorn, of early crosses were created by Arthur Severn, Joan Severn and Sir Edward Burne-Jones. Later, plainer Latin crosses became the norm.

An essential part of the festival quickly became the special robes worn by each May Monarch and the annual return of previous queens wearing their original outfits.

Ruskin maintained an enduring interest in May Day and the May Queens, although he never attended a ceremony himself. After he died in 1900 some of his followers continued to support the festival and the tradition survived and flourished even through the war years.

The event programme for May Day has evolved over time to adjust to contemporary and cultural tastes but a religious service (formerly always held in the chapel) has remained the focal point. The rest of the day is given over to a celebratory lunch and entertainments. 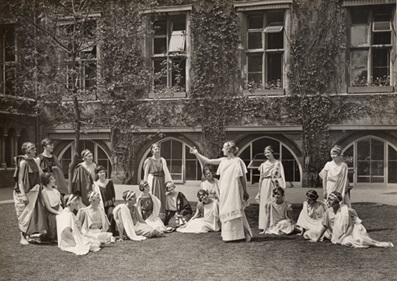 In the past the entertainments or ‘revels’ were very elaborate, often comprising varied dance, musical and dramatic performances, and an early addition to the festival was dancing around the maypole. Today, events are more likely to resemble a fete, involving members of the local community, but the tradition of maypole dancing has been maintained. 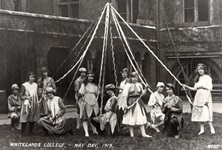 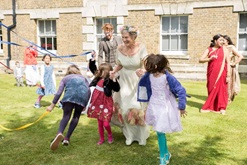 By the 1970s the monarch role had become more that of a students’ union officer, and in latter years it has evolved to concentrate on fundraising and social awareness. Candidates are elected in the same way as college officers, and run on a platform of support for their chosen charity.

The Whitelands May Day festival still flourishes. Each year the current students still vote in their May Monarch, and there is a special investiture service and procession in which many former monarchs participate. Often there are around thirty May Monarchs spanning 60 years taking part.

The College holds an extraordinary archive of May Day artefacts, robes and photographs, open to visitors by appointment. Contact wcarchives@roehampton.ac.uk 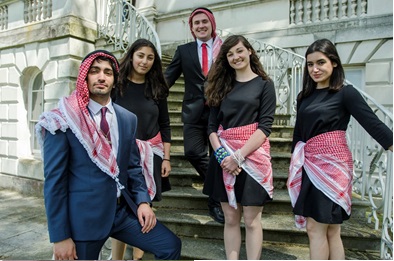 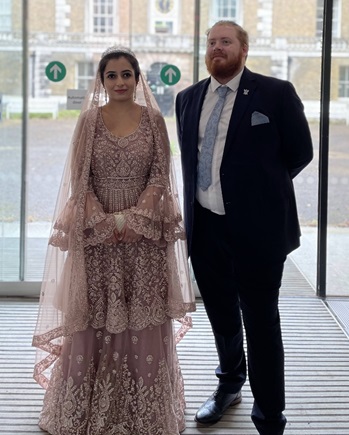 King George (2020) and Queen Sana (2021, monarchs in COVID years; they had to wear masks during a socially distanced ceremony while hundreds watched online.