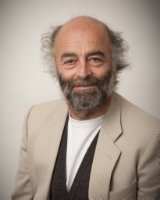 Roehampton's Professor Ian Abrahams has been awarded a £690,000 grant from the Education Endowment Foundation and the Wellcome Trust to lead a research project aimed at improving science GCSE grades among disadvantaged pupils.

The project is titled ASCENTS 1-2-1 and it's a simple idea: a science undergraduate student meets once a week with a year 11 pupil from a disadvantaged background to help and mentor them with their science. Then just before GCSEs they meet at the mentor's university for an intensive six hour period of revision followed by a tour of the campus and science labs. The process is called asymmetric paired mentoring, and a smaller pilot study in 2017 indicated that it can significantly raise academic attainment for participating pupils.

This latest project starts in January and will involve over 800 year 11 pupils from September 2021. Half of them will be paired with science undergrads from one of six different universities (Roehampton, UCL, Liverpool, Hull, Canterbury Christchurch and Northumbria), while the other half will receive no mentoring to allow the evalutors to monitor the effectiveness of the interventions.

Professor Abrahams commented “I’m delighted to be leading this project, which is essentially about helping some of the most disadvantaged Key Stage 4 pupils in our schools reach their full potential in science via asymmetric paired mentoring. My hope is that in the longer term opportunities will open up for those pupils in terms of study and work that otherwise would have been unavailable. It’s so important that innovations in teaching and learning are evidence based, rather than opinion based, and our data will give policy makers the evidence they need to assess the value of asymmetric paired mentoring amongst disadvantaged pupils”