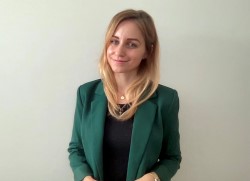 An article by Roehampton's Dr Caitlin Knight has been featured in the 2 June edition of Press Gazette, in which she discusses the challenges of engaging with emotions in journalism - especially those of journalists themselves. The piece focuses on Dr Knight’s research interviewing journalists reporting during the genocides in both Rwanda and Srebrenica in the 1990s, and applies these findings to the current conflict in Ukraine. Dr Knight argues that while there has been a historical reluctance to consider the emotions of journalists, the reporting of Ukraine may provide a space from which to reconsider the traditional demarcation between emotionality and professionalism. Read the full piece here.