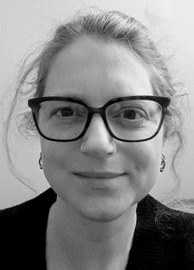 Dr Dieuwertje Dyi Huijg is about to start a major qualitative research project in Roehampton's Department of Social Sciences. The project is entitled ADHD Women: Resisting a Neuronormative World and is funded by The Leverhulme Trust. It looks at Attention Deficit Hyperactivity Disorder (ADHD) women from a hitherto unstudied perspective. Where research on ADHDers is normally done by non-ADHDers, this project is unique as it puts the voices of ADHD women at the centre: not only are the participants ADHD women, also the researcher herself is an ADHD woman. Additionally, the project rejects the ways that ADHDers are presented as a neurobehavioural problem. Rather, it explores how society creates intersectional inequalities and norms for ADHD women, such as the way that ADHD inequality and gender inequality interact. It asks questions like “How do ADHD women experience these inequalities and norms?,” “What is the role of race, sexuality, dis/ability, class, cis/trans herein?” and “How do ADHD women resist these inequalities and norms?” Bringing this all together, the project aims to develop an alternative framework about ADHD women, grounded in ADHD women’s own experiences and perspectives.

A Leverhulme Trust Early Career Fellowship is a very prestigious award worth up to £50,000 per year to the researcher, including a contribution from the host university. Early Career Fellowships are awarded to post-doctoral researchers who have a research record but have not yet held a full-time permanent academic post, to undertake a significant piece of publishable work. Roehampton is currently enjoying a very successful period with The Leverhulme Trust, as in addition to Dyi's project three other researchers have also been awarded grants: another Leverhulme Early Career Fellowship has been awarded to Dr Jasmine Jagger, in the School of Humanities, for her project Radical rhymesters’: the female comic spirit in Victorian verse. Leverhulme Research Fellowships have been awarded to Professor Leah Bassel also in the Department of Social Sciences for her project Listening for Change, and to Professor Michael Cullinane also in the School of Humanities for his Politics of the Progressive Era United States 1901-1920.
Read more on ADHD Women: Resisting a Neuronormative World on The Leverhulme Trust’s site or on Dyi’s own website.