The prize is awarded to the best poetry collection of the year. The winner of the 2019 prize has been announced as Fiona Benson's Vertigo & Ghost, published by Jonathan Cape.

The award was founded to support poets of every nationality and age who live and work in Britain during the year their books were published. Each year, the eligible poetry collections published in the year from 1st April to 31st March are read by a panel of external judges, and chaired by a member of the Roehampton Poetry Centre. This year's judges were Pascale Petit and W.N. Herbert, and the panel was chaired by Professor David Harsent. 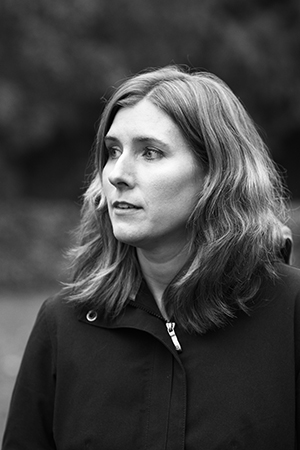 Professor Harsent commented: ‘The rage and sorrow in Fiona Benson’s extraordinary collection is a transformative force. The Zeus poems, a discrete section in the book, are a powerful, disturbing, account of violence against women, but also a naked encounter with violence in any form. The harsh music and explosive use of capital letters in these poems is as much a declaration of ‘no surrender’ as of ‘no quarter’ and the invocation of the god an inspirational means of loading the poems with charge and unignorable relevance. The collection as a whole might be said to be confrontational (where the challenge is as much to the poet herself as to the reader) but, crucially, demonstrates a deep and compassionate engagement with human love and fear. No reader could leave this book unaffected or unchanged.'

The shortlisted titles for this year's Prize included Now We Can Talk Openly About Men by Martina Evans (Carcanet), The Built Moment by Lavinia Greenlaw (Faber), Us by Zaffar Kunial (Faber), Europa by Sean O'Brien (Picador) and Soho by Richard Scott (Faber).

The Roehampton Poetry Centre encourages the writing, reading and study of poetry and aims to bring living poetry into the heart of the University's English and Creative Writing curriculum. Students are excited and inspired by working alongside the very best poets in Britain and the world.