Lia Betti, Senior Lecturer from the Department of Life Sciences, has conducted research that shows there are significant differences in the female pelvis and birth-canal shape among populations. 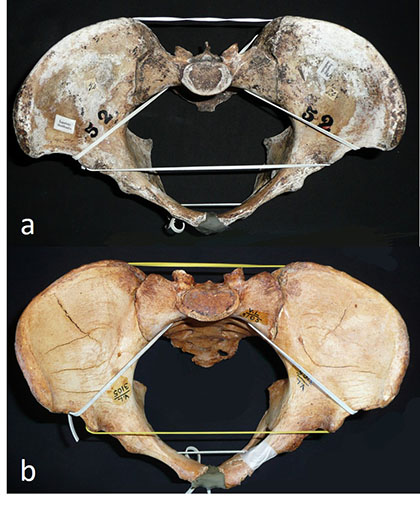 Since the human birth canal is just large enough for the newborn, childbirth can be a difficult and sometimes dangerous process. This study shows that differences in birth-canal shape among populations correlate with genetic differences among populations, suggesting that these variations have been shaped by ancient waves of global migration.

Natural selection in the form of climatic adaptation has also played a minor role in creating these differences. In showing significant variation in canal shape among women from different regions of the world, this study has important implications for obstetric training and practice in multi-ethnic societies.

Lia Betti said, “These results are important for our understanding of human evolution. It challenges the leading theory that explained human difficulties in giving birth as being the evolutionary consequence of opposing adaptations to bipedal locomotion (favouring a narrow pelvis) and childbirth of large-headed babies (favouring a spacious pelvis). It builds a case for the systematic study of variation in the process of labour in women of different ancestry.”

The Department of Life Sciences offers an excellent undergraduate course in Anthropology and Social Anthropology.