Professor Anne Robertson, Dr Julia Reiss and Dr Daniel Perkins from our Department of Life Sciences, as well as Prof. Stefan Krause (Birmingham University) have been awarded a grant of £304,700 by the Leverhulme Trust. Their study, “Microplastics in groundwater ecosystems: a global impact analysis (PlaStyx)”, will assess the distribution, total quantity and impact of microplastics on groundwater ecosystems.

Microplastics are small particles and fragments of plastic that are found everywhere on earth. Groundwater is the largest source of liquid fresh water and globally 2.5 billion people exclusively depend on it for their freshwater needs. While initial surveys indicate microplastics presence in groundwater, the distribution, total quantity and impact of microplastics on groundwater ecosystems is completely unknown.

The research team will use an interdisciplinary approach, incorporating ecohydrology, analytical chemistry, mathematical modelling and ecology to establish the first global baseline of groundwater microplastic contamination. They will then investigate how microplastics have impacted groundwater food webs and model the global risks of microplastics to groundwater.

Plastics have become an integral part of human society but their unsustainable use, often inadequate waste management and durability pose severe environmental and public health concerns. Microplastics are now omnipresent in marine, surface freshwater and land ecosystems. They can then be ingested by organisms, affecting ecosystem health in various ways including changes in behaviour, physical damage and toxicity. Recent evidence of their potential entry into the human food chain has caused widespread concern.

Groundwaters are open systems and vulnerable to pollutants from surface freshwaters and the land. Evidence from other surface-born pollutants suggests it can take decades for contaminants to arrive in groundwater, therefore recent reports of microplastics in groundwater likely represent the ‘tip of the iceberg’. Given the increasing amount of plastic waste accumulating on the land surface there is a currently unquantified risk of valuable groundwater resources becoming a polluted plastic ‘sink’ and staying that way for generations, as groundwater can take centuries to reach rivers and seas.

Crucially, the total quantity, distribution, time scales and most importantly the impact of microplastics on groundwater ecosystems, and the vital services they provide to humans, are completely unknown. This knowledge gap critically limits our ability to assess the risks of microplastics for environmental and public health and with that, to direct mitigation efforts globally. This project will investigate, for the first time, the role of groundwater as a long-term sink for plastic pollution, including legacy risks and impacts on the largest freshwater ecosystems on earth. 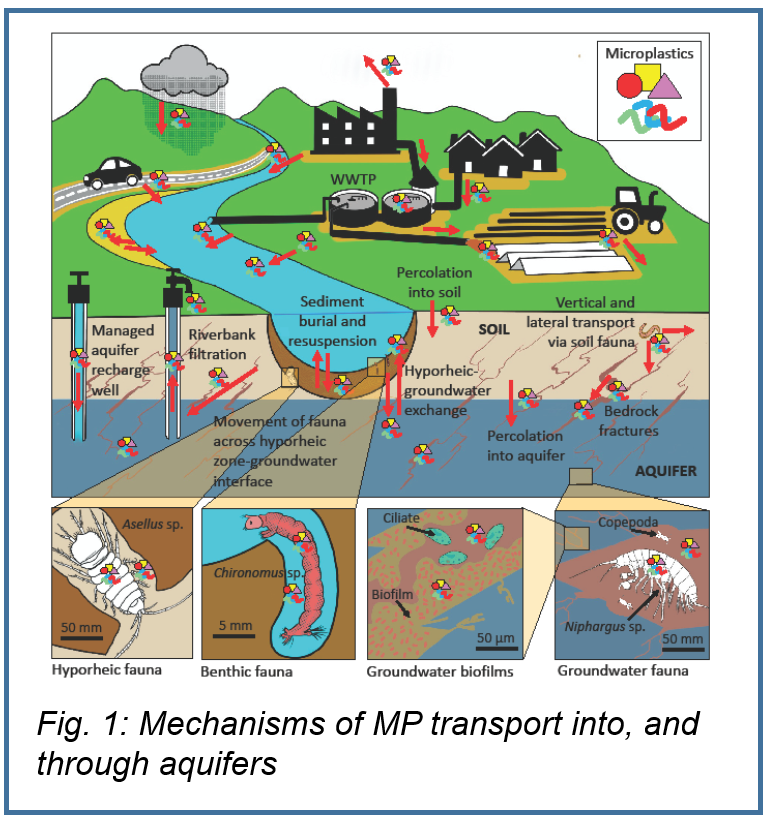 Fig 1: how microplastics get into groundwater and move through it.