The developments in children's digital play have outpaced innovation in curriculum design, leading to a disparity between the literacy practices children engage in within and outside of the classroom. Angela Colvert's research has been instrumental in developing tools and influencing policy and practice to bridge this gap. Angela was part of a small team that created the Teach Your Monster to Read digital game, which has reached an estimated 20 million children worldwide. As a result of this work, Angela was involved in a government initiative to develop a set of educational criteria to assess the quality of apps, with the ultimate goal of providing parents with guidance on which ones best support their childs development. She has also worked with small imersive theatre companies, Punkdrunk Enrichment and Kit Theatre to re-think and introduce games into their productions.

Pioneering research by Professor Adam Ockelford into the musical development of children across the spectrum of neurodiversity led to the development of the Sounds of Intent framework, and more recently Sounds of Intent in the Early Years. These frameworks have transformed the educational experiences and progress of children with special educational needs through the introduction of new teaching strategies, music curricula, resources, qualifications and assessment protocols in a wide range of educational contexts. 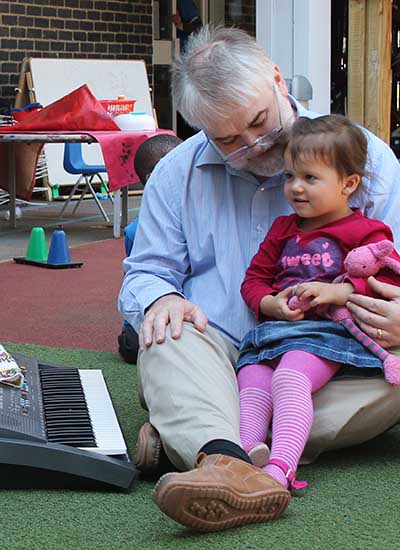