Digby Stuart College owes its existence to the Society of the Sacred Heart. A Sacred Heart community and school for girls were established at Roehampton in 1850, on the site where Digby Stuart College now stands. In February 1874, a training college for young women who wished to become teachers in Catholic schools was given a temporary home until more suitable premises could be found. As Government aid was dependent on the teacher training college opening before 1st March 1874, the Roehampton nuns willingly accommodated the college and its first 21 students until a permanent home was found at "The Orchards" in West Hill, Wandsworth. Staff and students were in residence by early September – and the College was known by the name Wandsworth College. 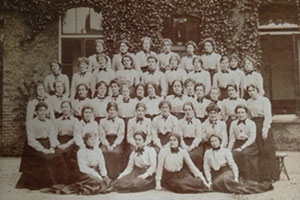 Students at Wandsworth College, circa 1902-03

The acquisition of the property and the organisation of the College were the work of Mother Mabel Digby, the Superior of the Roehampton community. Mother Mabel Digby was succeeded by Mother Janet Stuart in 1894. Mother Stuart took a close interest in the practical details of student training.

By 1901 student numbers had risen to 104. It was deemed necessary for the college to be moved to more spacious accommodation. The Society acquired St. Charles College, North Kensington. Students and staff from Wandsworth took up residence in 1905 and the College was renamed "St. Charles". 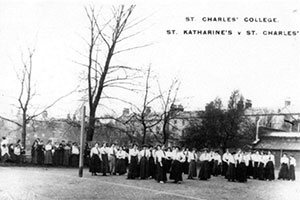 September 1939 brought great upheaval to St Charles' College when the Government made arrangements for wartime evacuation. Students were evacuated to Cold Ash in Berkshire whilst both the houses at Roehampton and St Charles suffered severe war damage. 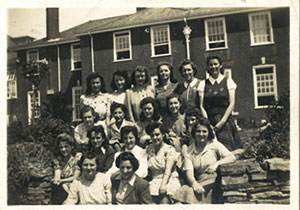 In 1946, the College returned to its birthplace at the Roehampton Convent and was renamed Digby Stuart College, in memory and honour of Mother Mabel Digby and Mother Janet Stuart. New buildings were erected to replace those bombed in the war and to accommodate the growing student population. 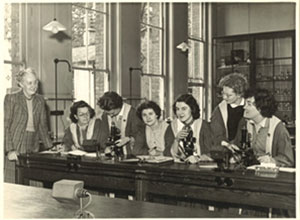 In the early 1970s Digby Stuart, like many other teacher training colleges, was under threat of closure. Consequently, in 1975, the College entered into an academic federation with three south-west London teacher training colleges – Froebel, Southlands and Whitelands – to form the Roehampton Institute of Higher Education (RIHE). RIHE achieved University status in 2000, federating with the University of Surrey and in 2004, with independent status, it became the University of Roehampton. 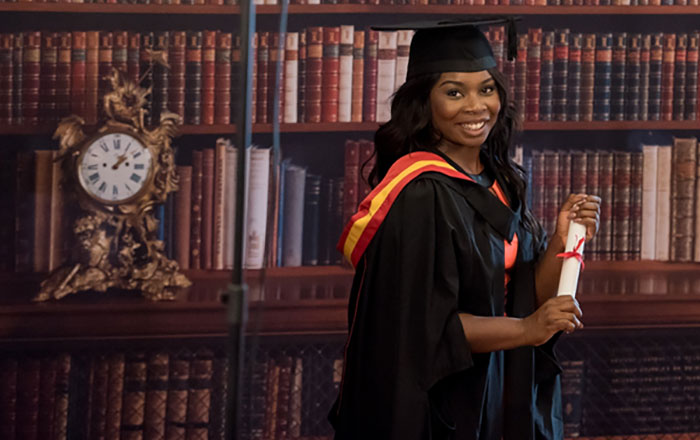 Welcome to Digby Stuart College, University of Roehampton. A modern University with an intriguing history!