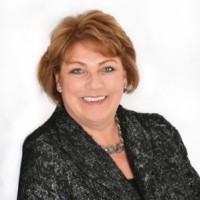 Janet Cooper is a lawyer and entrepreneur. Janet was one of the first women partners in global law firm Linklaters in 1991 and developed and led their global employee share plans and executive remuneration practice for 20 years, before founding a specialist law firm in 2011 which she transferred to a trust for the employees in 2020.

Janet is a published author with a book on corporate governance, has developed a professional qualification course for the Chartered Governance Institute, and is a recognised leader in executive remuneration, employee share ownership and corporate governance. Janet is on a number of boards including Deputy Chair of the RNLI (Lifeboats) and co-founder and board member of the Global Equity Organisation.

Janet is a keen supporter of human rights and particularly women’s rights and was on  the UK board of UNWomen (the United Nation’s entity which works for gender equality globally) from 2009 to 2016.

She has a law degree from Leeds University and lives locally in Ealing.

Janet was appointed an Officer of the Most Excellent Order of the British Empire (OBE) for services to equality, women's empowerment and employee share ownership in the 2017 New Year Honours List.